After the release of their second album "Lagnadsoger" in autumn 2013, Bergtatt had played a few concerts in Norway, but then it became quiet around them. No updates on their facebook-page (which eventually disappeared completely - now it's back again) and in 2014 there was - other than in previous years - not even one single concert or festival appearance in Norway announced on their official website. I was already afraid that they might have disbanded, but then, a few months ago, I read that they would be playing their first concert ever in Germany, at this year's WGT (Wave Gotik Treffen) in Leipzig.

Since Bergtatt are one of my favourite Norwegian bands, playing a mixture of Folk, Rock and even a bit of Metal, and since my last Bergtatt-concert was already 5 years ago, I knew I just had to be there.

Even though I had to travel about 500 km to Leipzig, it was much shorter than my trip to their concert in Sandane (Norway) in 2010, which had taken four days, and also shorter than the trip to my first Bergtatt-concert (which was also their first one) at the Nordklangfestival in St. Gallen (Switzerland) in February 2009.

Nearly the entire line-up has changed since then. The only remaining member of the original line-up is now John Stenersen, who plays keyed fiddle, hurdy-gurdy and guitar. Linn Katrin Øygard replaced the original singer Marianne Lia in 2010. Bassist Jarle Skår Nor and drummer Anders Eek (who is also playing in the Norwegian Doom Metal band Funeral) both joined Bergtatt before they recorded "Lagnadsoger" in 2013, whereas guitarist Andreas Stormo is the newest band member, who joined the band just a few months ago, replacing Rolf-Erik Solstad Karlsen. 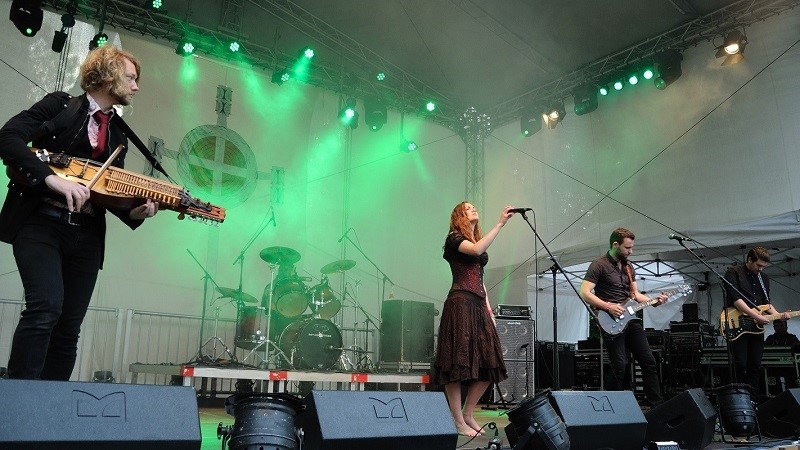 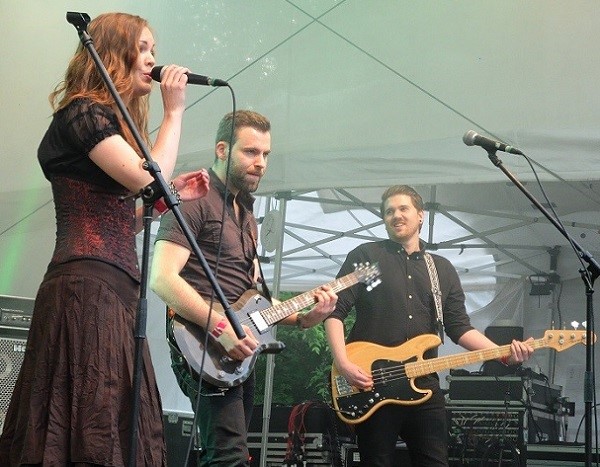 Bergtatt were to play in Leipzig on May 22nd and the strike of the German train drivers had ended just the evening before, which meant that not all trains were running as they should. Other than originally planned, my train connection to Leipzig was now going via Berlin and I already knew from John that Bergtatt would also travel from Berlin to Leipzig by train. Thus it happened that Bergtatt and I ended up in the same train. Usually, it's no fun to travel in a crammed train which is delayed by more than an hour, but if you share this experience with the members of one of your favourite bands and can have a conversation with them while doing so, there's also a positive side to it. We eventually arrived in Leipzig at about 2.20 p.m. 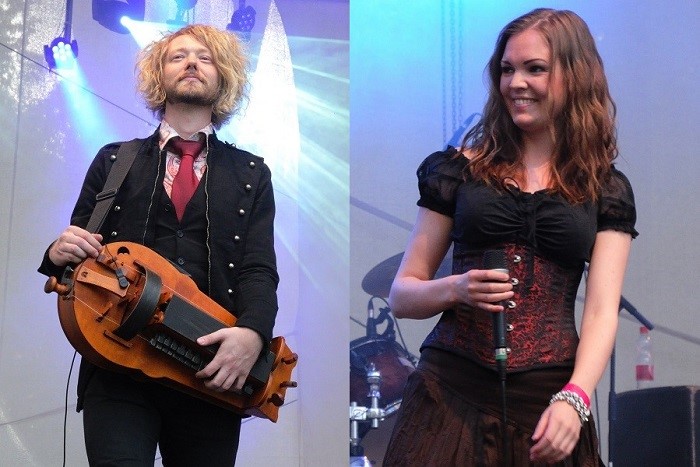 Bergtatt were to play at a venue called Heidnisches Dorf and they had told me they would arrive there at 5.30 p.m. Since they had put me on the guest list (actually, I had written it myself after John had asked me to do so during our train ride) and they had to hand it over at the venue, there was no sense for me in showing up earlier.

When I arrived at the venue, I had an experience which could also stem from the movie "This Is Spinal Tap". When I went to the cash desk in front of the venue Heidnisches Dorf and told them that Bergtatt had put me on their guest list, I was told they didn't have a guest list and I should go to the main cash desk a few hundred metres away - they had allegedly all the guest lists. Well, they obviously didn't, because when I got there, I was sent back to the cash desk at Heidnisches Dorf. When I got back there, they told me again that they didn't have a guest list and that they usually never got any guest lists. In a final attempt I asked the security at the entrance of the venue and - Lo and behold! - they had the guest list, thus I eventually got in. 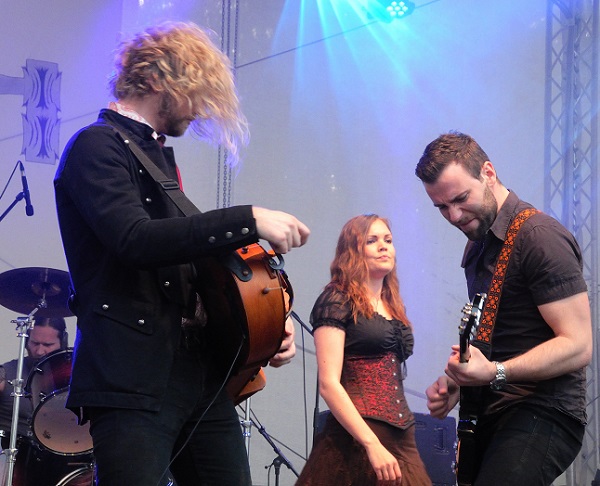 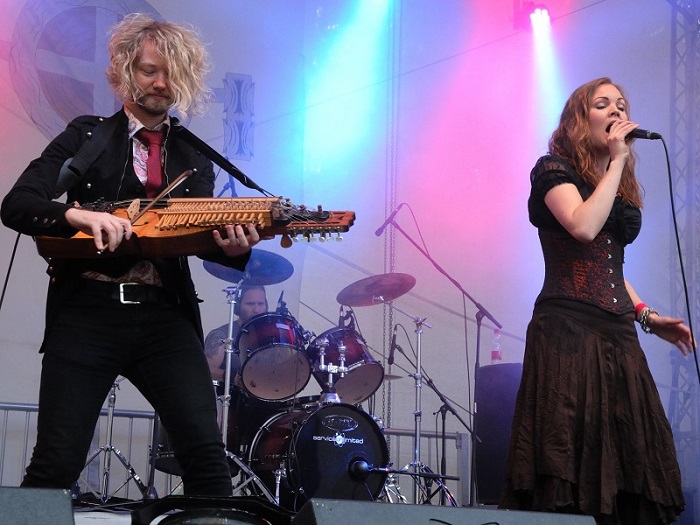 Bergtatt's concert started as planned at 7.50 p.m. and they played for about an
hour. At first, there weren't that many people in front of the stage, which doesn't come as a big surprise taking into consideration that their albums haven't been released in Germany yet and that this was their first concert in Germany. But as the concert went on, more and more people came closer to the stage and by the time Bergtatt had finished their set, there were even screams from the audience for encores. Unfortunately, there were no encores - maybe also because the headliner of this evening was to play next. However, I suppose Bergtatt won over some new fans. I didn't count, but I think there were maybe 30 or 40 people who also bought CDs after the concert and had them signed by the band. Bearing in mind that probably not many people had heard this band before, it was a beginning. I really hope that Bergtatt's first concert in Germany wasn't already the last one. 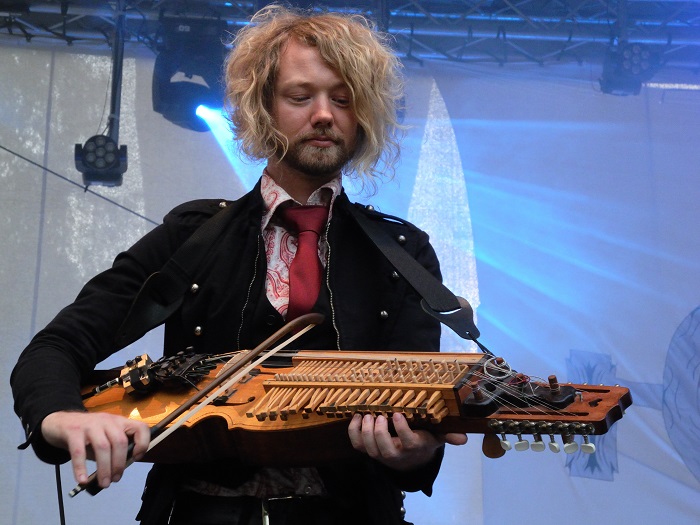 At least one guy was really enthusiastic, which I already noticed during the concert. At least two times he screamed "Kari!". I do not think he mistook Linn Katrin for Kari Rueslåtten (Ex-The 3rd And The Mortal), but I assume he is a big fan of Kari Rueslåtten and just wanted to express that he liked Linn Katrin about as much. 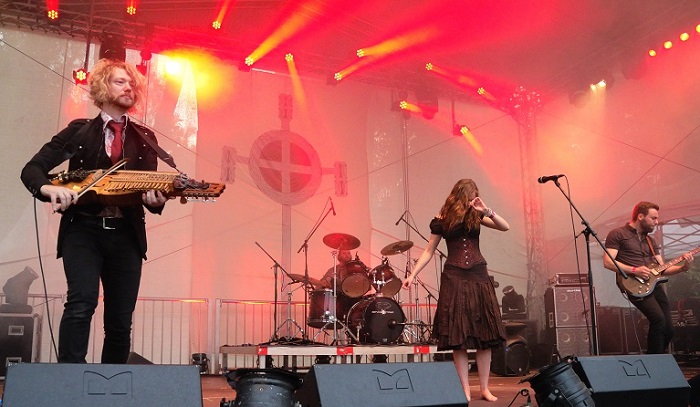 When I talked to the band after the concert - by the way, a good opportunity to practise my Norwegian -, John told me that several people had asked Linn Katrin about Kari Rueslåtten. 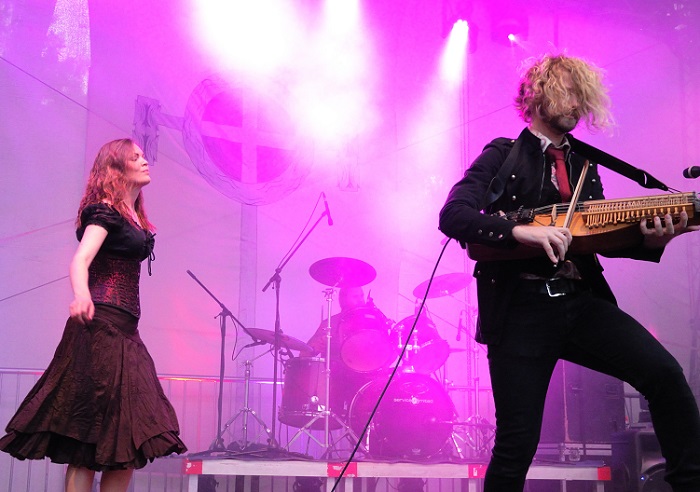 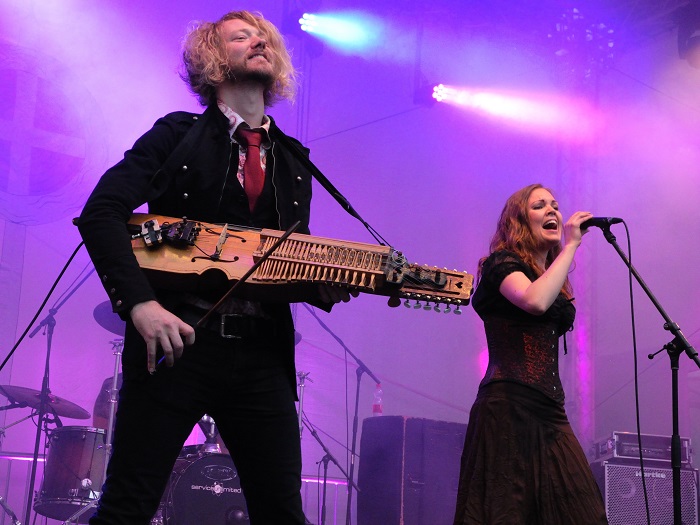 With the exeception of "Villemann og Magnhild" and "Ægir" which both stem from Bergtatt's debut "Røtter", all songs were from their second album "Lagnadsoger". OK, "To Systre" is also to be found on their debut, but with a different title - "Harpa" - and slightly longer. Personally, I would have liked to hear "Attgangar" and "Daudens klør" (a great Doom Metal song) - two of my favourite songs from their debut album -as well, but you can't have it all. Maybe next time? 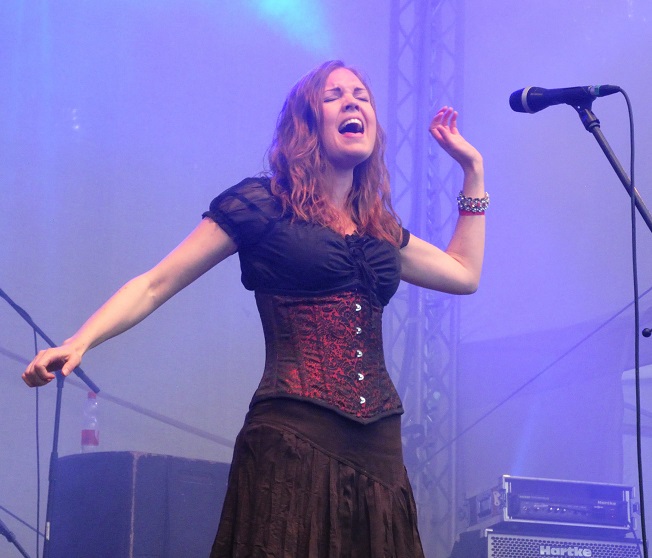 My impression was that Bergtatt had a very good live sound and Linn Katrin can not only sing with a beautiful and soft, but also very powerful voice. More than once she was standing at least half a metre behind the microphone and her voice was still as loud as the one of other vocalists when they are standing right behind the microphone. In addition to this, she looked absolutely ravishing! 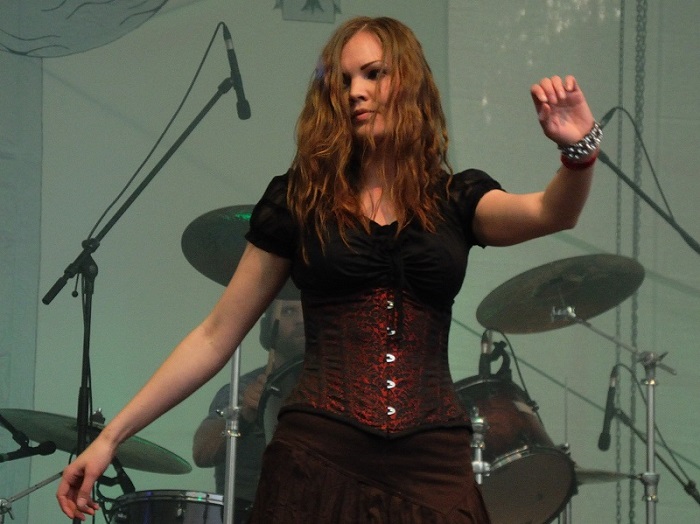 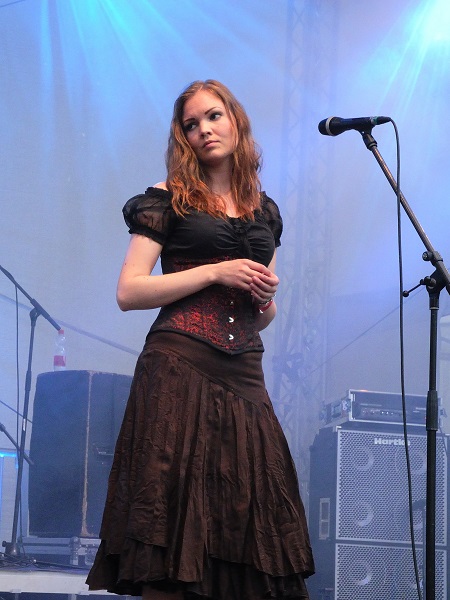 Compared to the two bands playing before and after them (Cromdale and Feuerschwanz), Bergtatt sounded very different, not just because of the Norwegian lyrics (the sound of which I like very much), but also because their music sounded - in my opinion - rawer, less polished and more natural in a way. I'm tempted to say that Bergtatt's music somehow fits the landscape in Norway. They just concentrated on the music instead of e.g. encouraging people to sing along (which would have been an impossible challenge with Norwegian lyrics and a German audience anyway) and clap their hands. Many people seem to like this kind of show elements, but they do nothing for me.

All in all, it was a great concert and I hope it won't take another five years before I'll see Bergtatt live again! 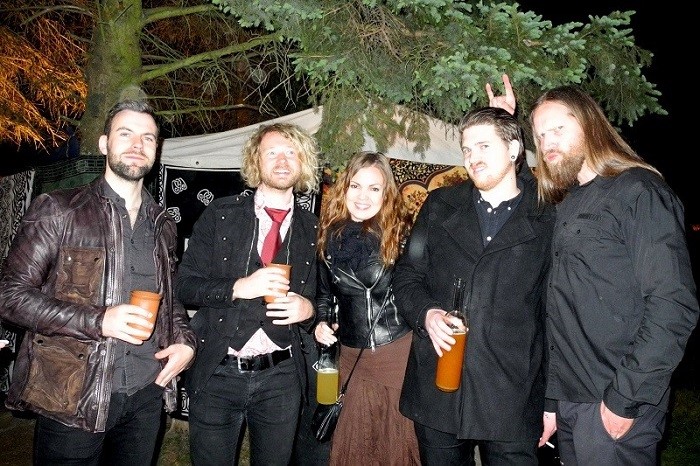